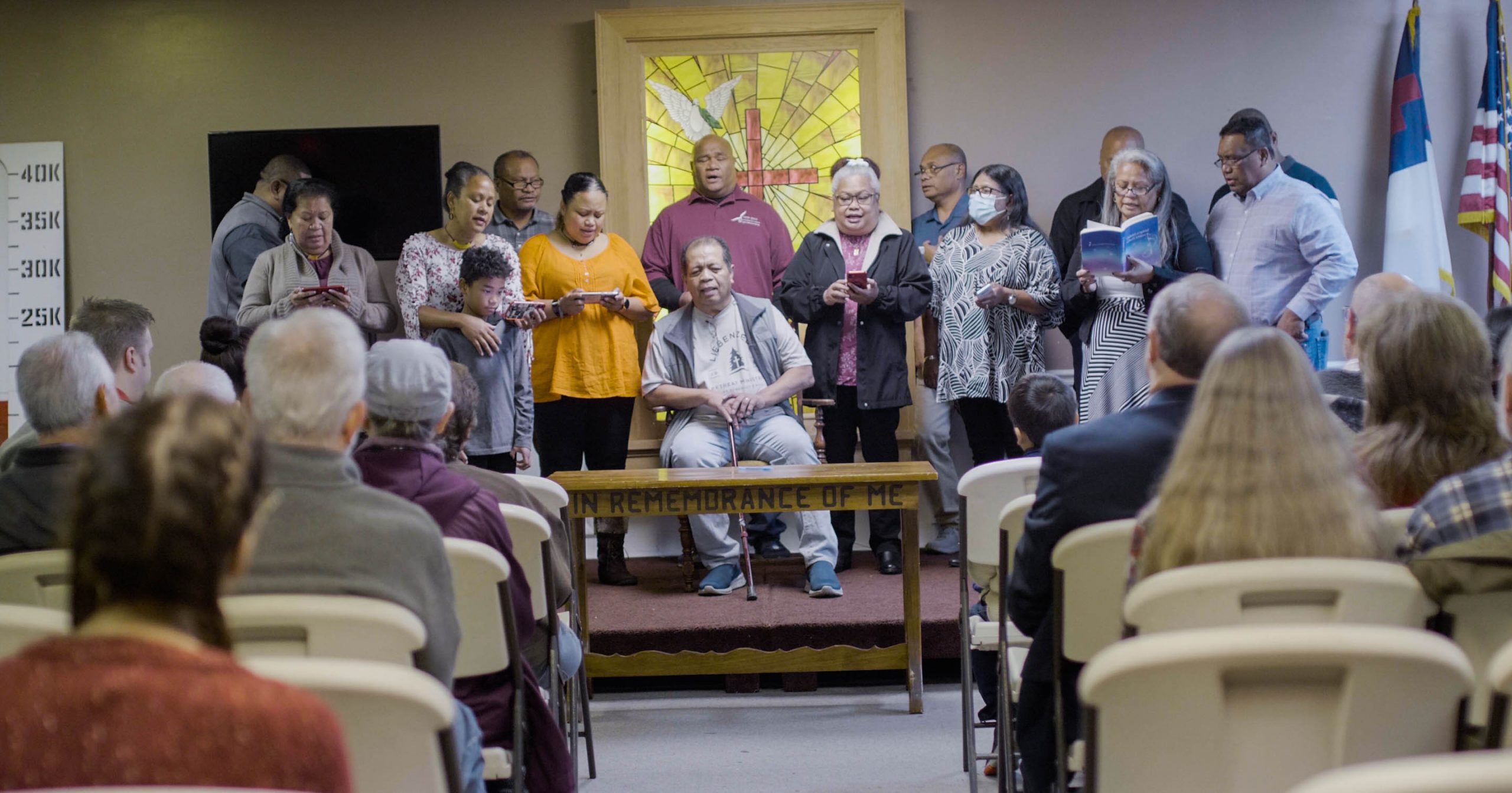 Discipling the Palauan diaspora in the United States

Micronesia is made up of 117 inhabited islands among 2,203 other islands, scattered over 3 million square miles of ocean in the western Pacific. When my wife and I first arrived in Micronesia in the summer of 1978, we immediately began a cross-cultural ministry of training island believers in evangelism and discipleship. We had been wanting to “try out” overseas missions for a while by that point, to see if we were suited for something like this long-term. We were part of a summer mission trip and had been sent to the tiny Micronesian island of Yap – home of grass skirts, loincloths, and stone money. What happened that summer changed our lives.

The very next day, on a Sunday afternoon, a local island pastor came to the place where we were staying and, with halting English, invited me to go with him to visit a man in the local hospital who had been stabbed. But I evidently misunderstood him, because we went to the local jail and met the man who had done the stabbing – Colwol. The pastor shared something briefly with him in their local language, then asked me if I wanted to say something – he would translate. I took the opportunity to tell Colwol about the forgiveness that was available through repenting of his sin and placing his faith in Jesus. A few minutes later, with tears of joy and relief running down his face, Colwol believed in Jesus. 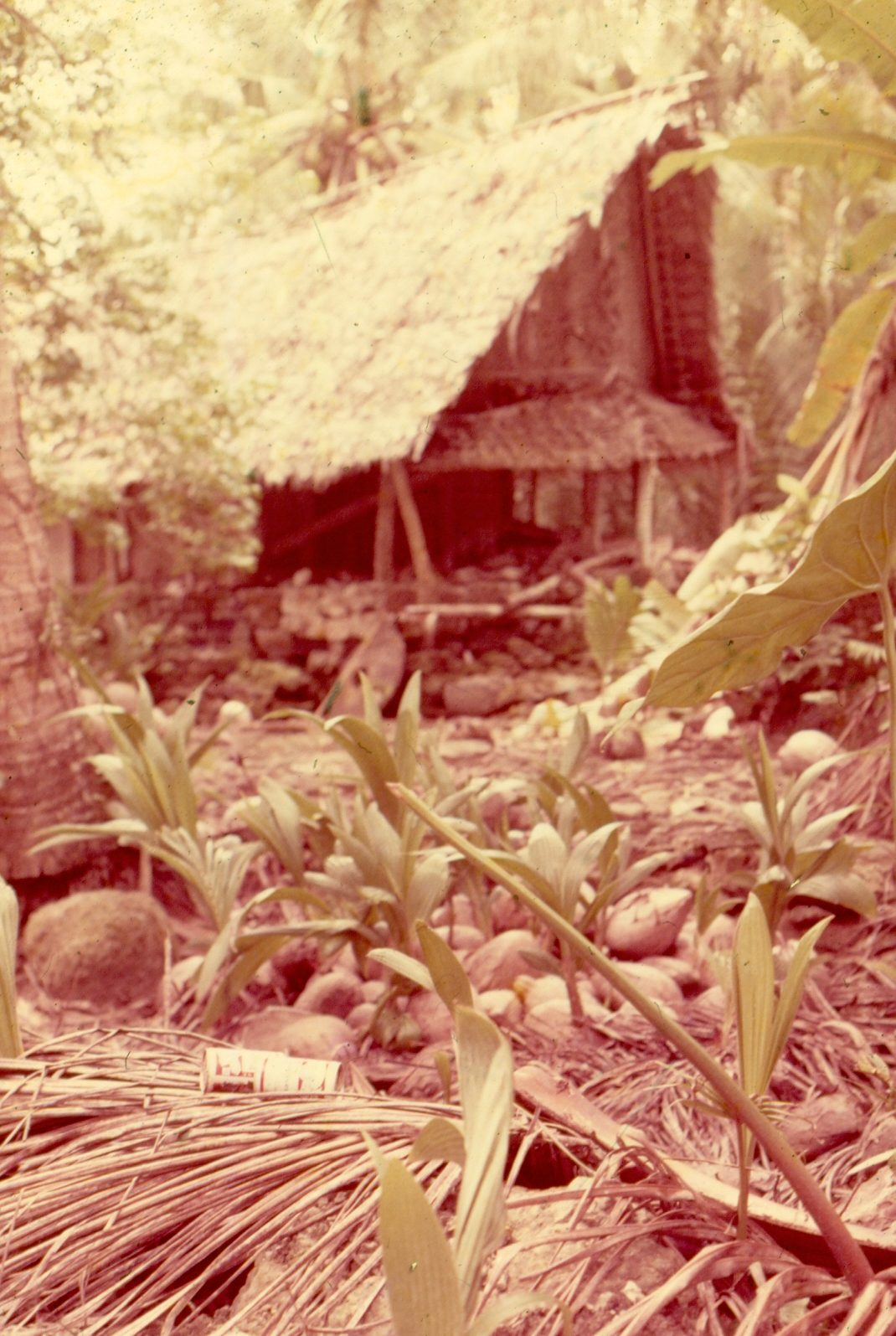 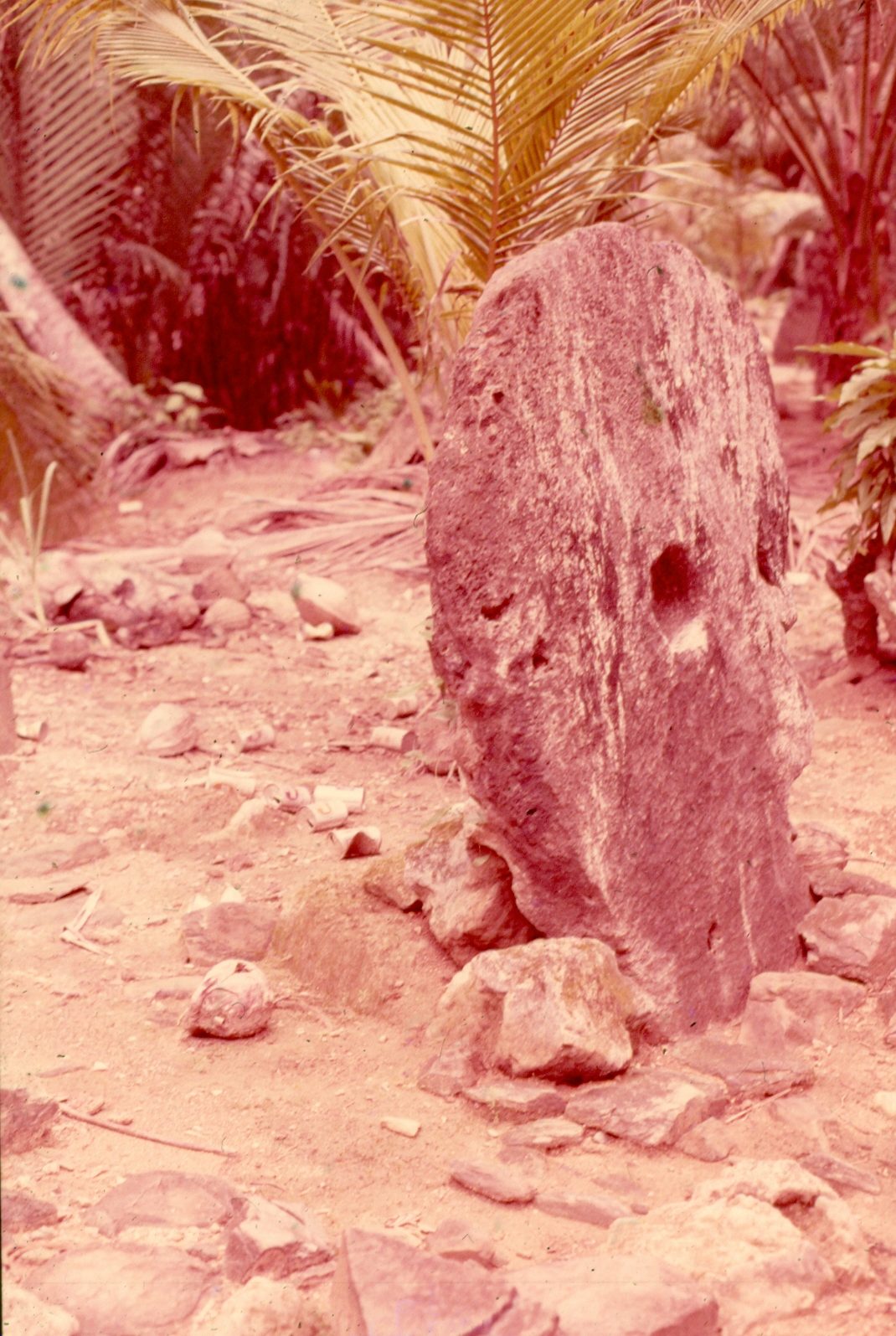 That event motivated the pastor to organize a way for us to train him and his congregation in telling others about Jesus. We began the next day. People from two different cultures – the Yapese and the Palauan cultures – faithfully attended our nightly workshops for the next two weeks to learn how to share their faith and help others grow spiritually. The pastor even translated our materials into the Palauan language. Other local missionaries translated them into the Yapese language.

We were quite busy. We teamed up with local missionaries during the day and did village evangelism, were confronted by witch doctors, and built relationships that have lasted until even today.

God used that trip that summer to give us a picture of how He could use us in a cross-cultural setting, not just in some random place and among some random people at some random point in the future, but in this place, among these people, and right now.

God did call us to Micronesia. We moved there permanently the very next year. We had a very good discipler and mentor whose vision shaped us and whose training transformed us into the kind of people who believed God could change the world through them with the gospel. Since then, God has used us to train hundreds of island believers to build ministries of evangelism and discipleship in high schools on multiple islands, on several university campuses military bases in Guam, and in dozens of village churches on several islands. 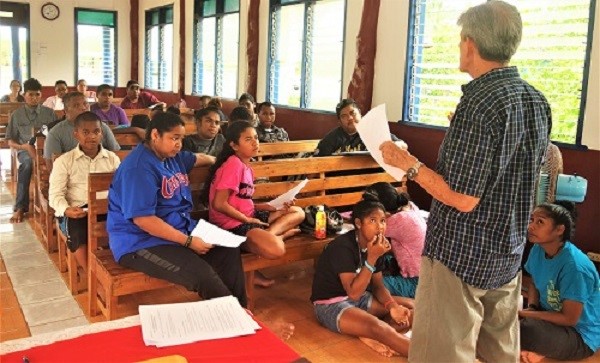 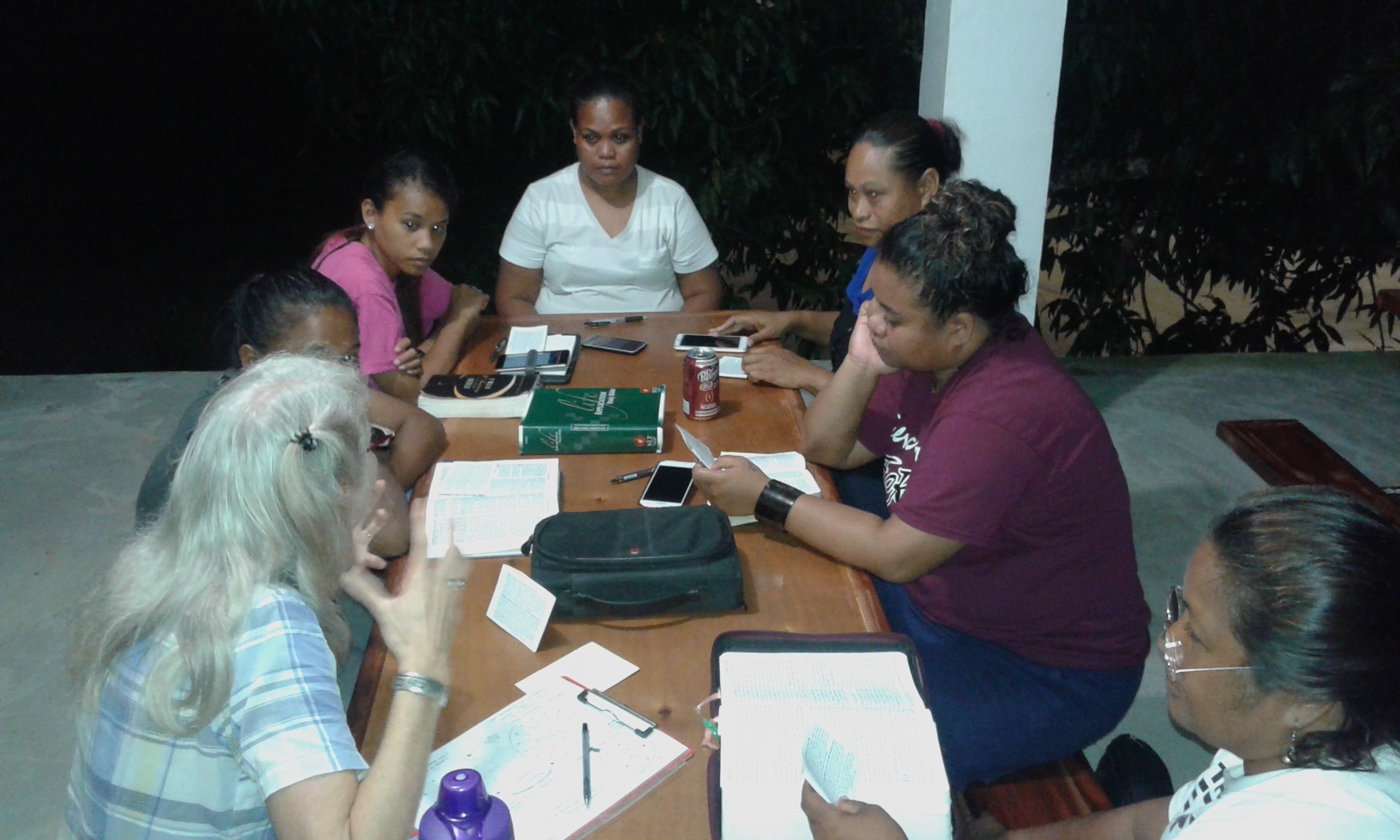 Left: Training 26 youth leaders and youth group members how to write and deliver their personal testimony.
Right: Anne training ladies from the Palauan village of Aimeliik

From the first moment we arrived in Micronesia, God began revealing His purpose and life calling for us. As the years of ministry have advanced, He continued to clarify and refine it. As it stands, right now, God’s purpose for our lives is to assist the churches in Micronesia to mobilize, disciple, train, and send its members as missionaries into the remaining unreached countries of the world to help fulfill the Great Commission of our Lord Jesus Christ.

We have plenty of other stories to show how simple this calling and purpose was to fulfill while we were physically present in the islands of Micronesia, living and ministering there. 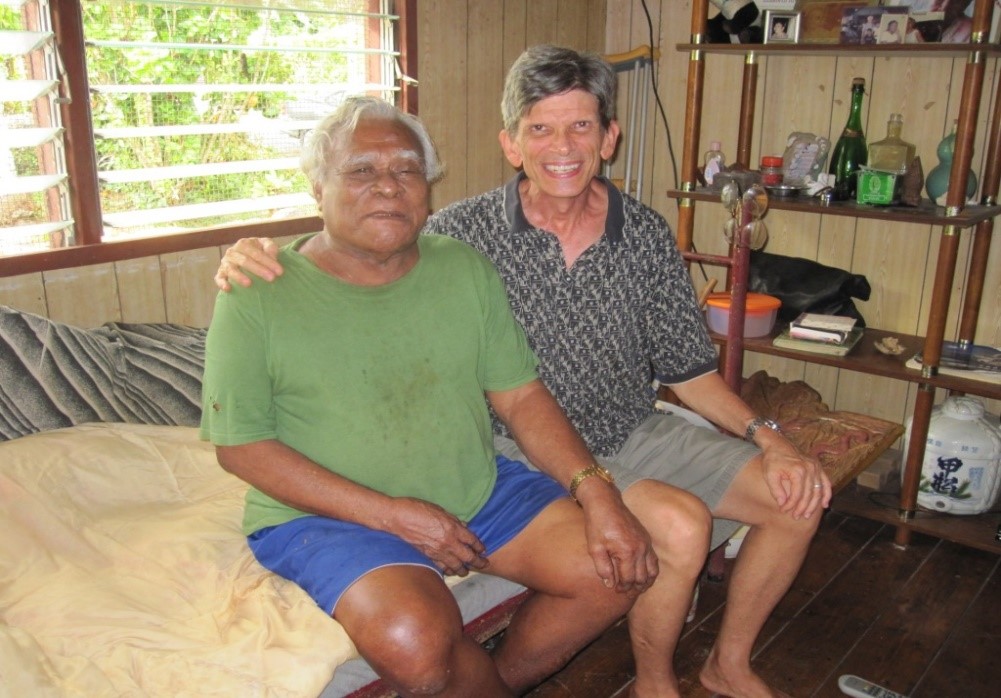 Steve and Colwol, reunited over 40 years later. “This was the first time we had seen each other since that moment,” says Steve. “Let’s just say this time there was plenty of deep-hearted laughter!”

Then COVID-19 struck, and Anne and I became trapped on opposite sides of the world from one another. After nearly 2 years of geographic separation, we discerned that the Lord was leading me to close down our household on Guam where we had been living and ministering for the last 42 years and transfer the base of operations for our ministry to the States, where Anne and I could at least be together again. We had no idea what such a ministry would look like, only that the hundreds of close friendships we had built in Micronesia would somehow be affected.

We had heard that there were as many Micronesians living in the United States as there were in Micronesia but knew we would need great discernment to know who to contact, how to begin, where to move to and where the base of operations for our ministry should be. In short, I did not know how God would continue to fulfill His calling and purpose in our lives of preparing and training Micronesian believers for ministry in the world, especially since we were no longer living in Micronesia.

On March 1, 2021, I arrived in the States. I didn’t have long to wait. God began answering our prayer.

I received a message in late April from someone I had met in Palau only once before a few years ago. “Steve, my name is Mason, and I am living in Sacramento, California. I am a pastor of a small Palauan church. I am also working with small groups of Palauans in Salem, Oregon, Humble, Texas, and southern California. I am looking for some kind of leadership training for folks in these groups and would like to talk to you. Please contact me…”

”God is not limited by time or space or distance.

We did talk. Actually, he was working with more than a dozen groups scattered all over the western coast of the U.S. He wanted them to receive training to turn their Bible studies into churches. So, in early September, the Lord opened the door and allowed us to begin training 22 Palauans, living in 7 different cities from 5 different States, from Alaska to Texas, in evangelism and discipleship. Their goal? To reach their world with the gospel as cross-cultural missionaries here in the States. We meet online for three hours every Saturday. Five more Palauans have applied to join the training.

It may have been simple for God to fulfill this calling and purpose in our lives while we were physically present in the islands of Micronesia, living and ministering there, but now that we are about as far away from the islands as one can geographically be, we are learning that God is not limited by time or space or distance. He can fulfill His calling and purpose in our lives anywhere, anytime, or anyway He wants.

“I am the LORD, the God of all the peoples of the world. It anything too difficult for me?” — Jeremiah 32:27 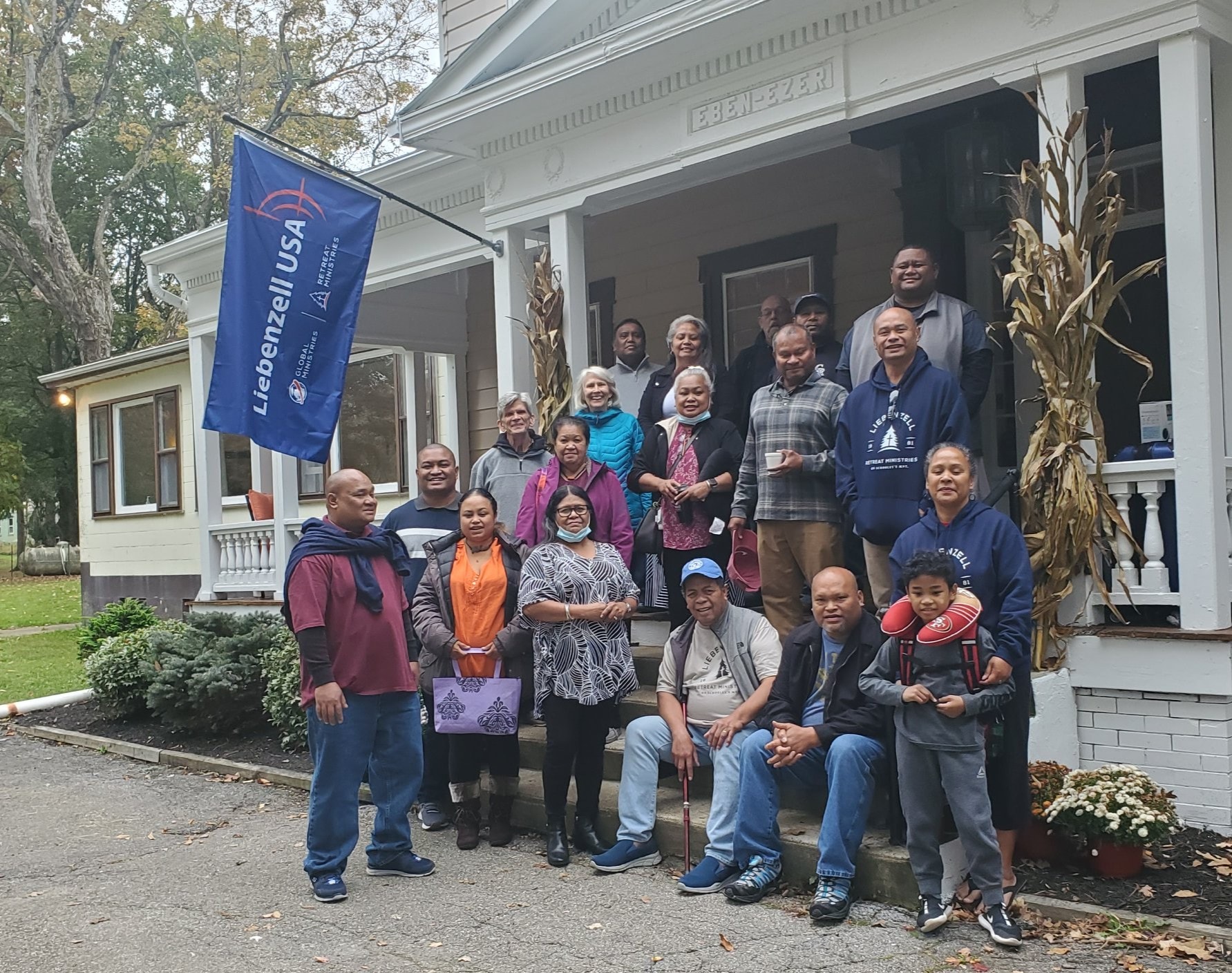 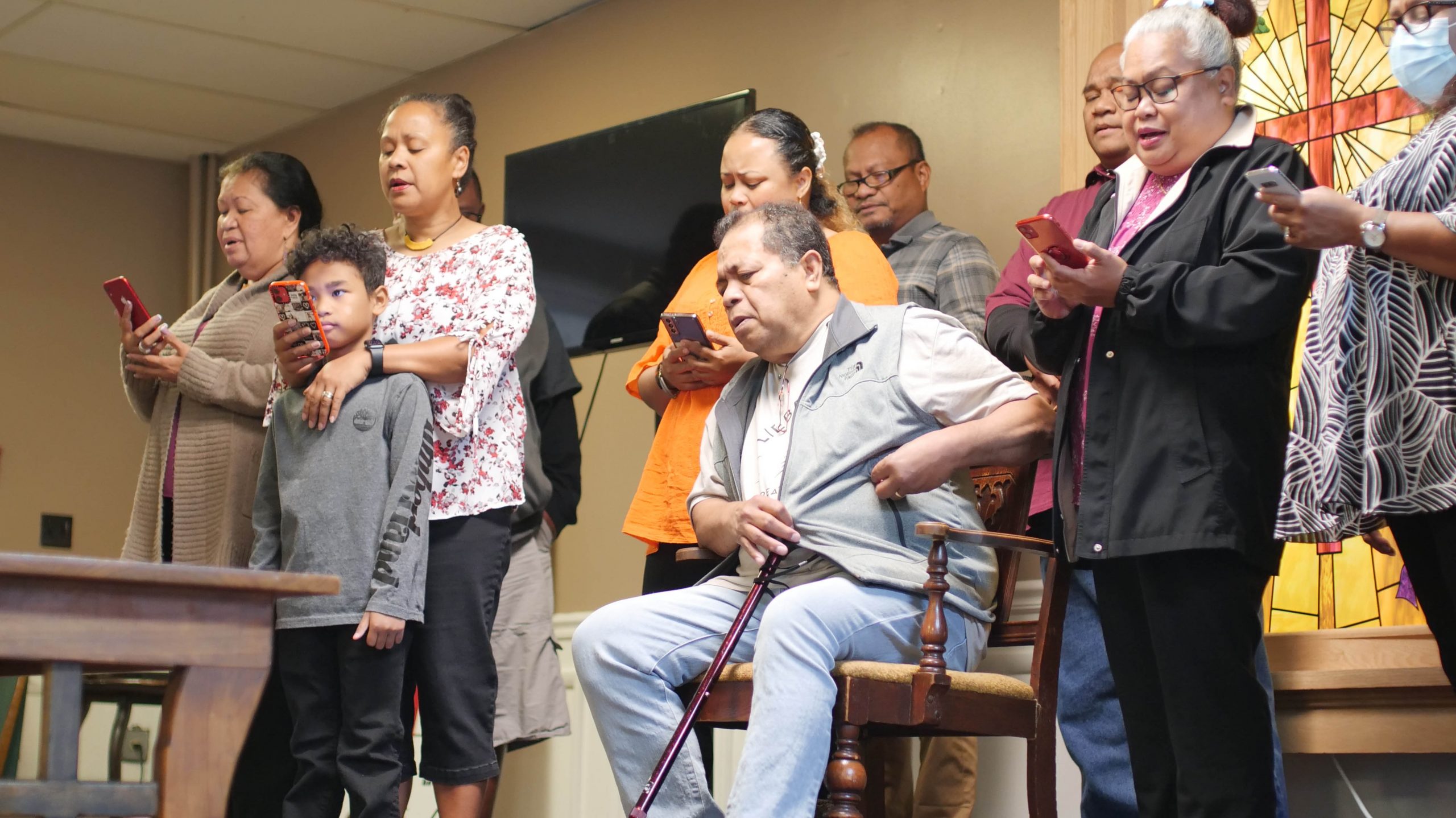 In the fall of 2021, several Palauan students visited the headquarters of Liebenzell USA and performed as a choir.

Steve and Anne Stinnette currently serve in the U.S. and disciple believers from Palau residing in the United States. Learn more → 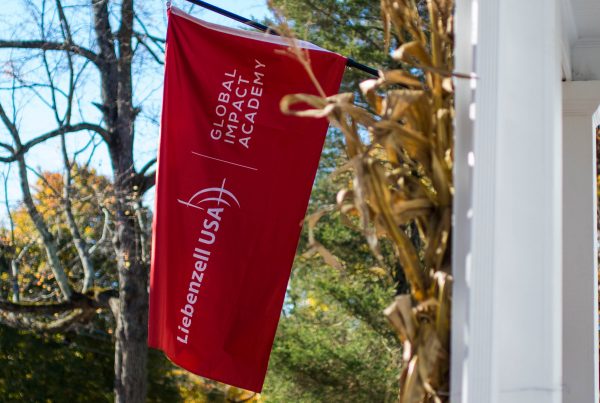 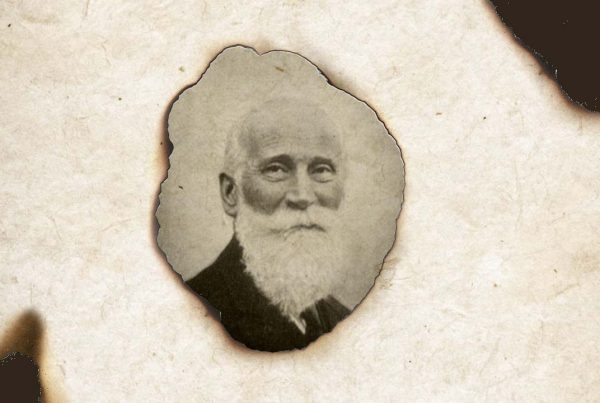 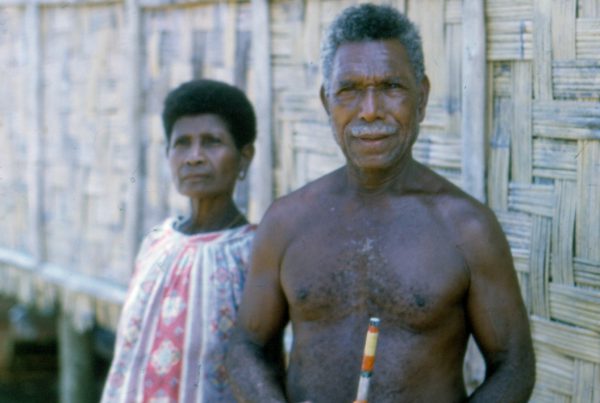